When will be the date of release for the Black Mirror Season 5?

It is confirmed that the series “Black Mirror” Season 5 will start its service on 5th of June. It was expected to release the series earlier but just because of the adventurous movie named Bandersnatch, it was decided to release in June.

How many episodes does the “Black Mirror Season 5” consists of?

By comparing the seasons of “Black Mirror”, it is said that the season 5 will be having just 3 episodes. The three episodes are as follows:

Later, on working more and more on Bandersnatch, he noticed doing that movie was equal to the whole season itself.

Is there any trailer for the season 5 of Black Mirror?

Yes, there is a trailer for the Season 5 of Black Mirror. In this teaser there are previewing the likes of Andrew Scott, Anthony Mackie and Miley Cyrus in their roles and giving the brief about the upcoming three stories of Black Mirror.

On 21st of May, the individual clips of the three upcoming episodes are shared by the “Black Mirror”. In the trailer of the Cyrus- starring episode, we are going to see a singer ‘Bangrez’ who will be appearing on the TV chat show. Here I am going to introduce you to the character of Ashley too and Cyrus. By the character of Cyrus, it is known that the robotic version of Cyrus will be created by herself. 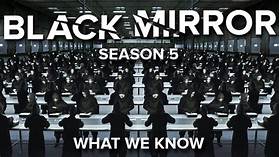 In the Andrew Scott’s second clip ‘Smithereens’ will be showing him a portraying taxi driver. Before turning a gun on to the passenger, the driver of the taxi will take another route to the airport.

In the trailer of the last episode of “Black Mirror”, you will be seeing a couple who will be using a fertility application and will be encountering the relationship problems. Here you will be finding a suspicious acting by which the partner accuses him by say that “There’s something going on”.

READ MORE  Core specializations in 2021: The factors that make it a timeless asset

Who is playing a leading role in the Black Mirror Season 5?

Andrew Scott will be starred by the ‘Smithereens’ in the leading role, with Topher Grace and Damson Idris and has confirmed on the cast list and the director is James Hawes.

Angourie Rice, Madison Davenport and Miley Cyrus will be featured by ‘Rachel, Ashley Too and Jack’.

Who wrote the music for the Black Mirror Season 5?

Initially, a Japanese composer named Ryuichi Sakamoto was announced as a writer of the music for Black Mirror Season 5 on 22nd May. Along with Ryuichi Sakamoto an array of musicians will be recruited as the musicians for the upcoming episodes of season 5.

The short stories of the three episodes of Black Mirror were released by Netflix on June 5. In the episode of ‘Smithereens’, you will see that the Andrew Scott playing “with a new agenda with a cab driver which will be the main attention of the episode”. 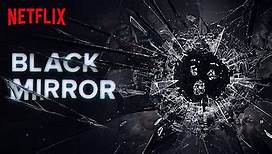 In the next episode for ‘Rachel, Jack and Ashely, Too’ reads that there will be a teenager who will be getting connected with her favourite pop star.

In the ‘Striking Vipers’, you will come to know about the story of the two college friends who will be reunited after sometime and will be enjoying the series of the events which will change the life of two friends forever.

Could we see the characters of ‘San Junipero’ in the Black Mirror Season 5?

No, you will not be able to see the characters of San Junipero in the season 5 of Black Mirror. you might see Kelly and Yorkie as a commemorative biscuit or as a graphic novel.