Despite the basics of internet browsing staying remarkably similar, the evolution that has occurred over the decades in the online world is profound. This applies to so many aspects of how we interface with the web, from dealing with media to playing games, managing the backing HTML, and much more. Yet, among all these myriad components, few are as consistently important as means of fighting browser-based threats. Taking a look at some historical standouts, we want to examine how this part of the web experience has changed, what has stayed the same, and how we might keep ourselves safe.

Beginning with the most modern issue, a big problem in the advertising world is that of hijacked ads. This occurs when regular trusted ads are intercepted and replaced with negative alternatives which can distract, be inappropriate, or install malware. Unlike with popups, however, the best solution to this issue can be taken by website hosts, rather than visitors.

Through the use of malvertising prevention systems, websites run real-time recognition to spot and block any potentially dangerous ads before they reach a visitor. With possible threat vectors including landing pages, delivery paths, and even video content, AI detection systems are advanced and constantly updated to keep up. Like general malware prevention tools – more on that shortly – this is an ongoing battle that will never end, one where diligence is key. 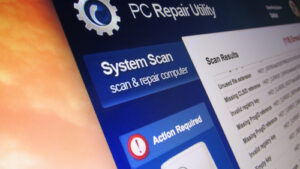 Going back a few years now, for many of us of millennial age or older, the first major annoyance we ever encountered on the internet (aside from someone picking up the phone) was the dreaded pop-up loop. Pop-up ads, though still generally disliked today, were a massively more common problem around the year 2000. In the best-case scenario, these would be merely annoying, where a quick hand could keep them from propagating.

Anyone not fast or lucky could instead be treated to pop-ups that would multiply faster than they could be closed. If you think running twenty tabs on Chrome today slows down your computer, then try to imagine twenty windows on a computer a small fraction as powerful as the phone you hold in your pocket. These loops wouldn’t just distract, they could slow your computer to a crawl, cause it to crash, and even install malware in the worst circumstances.

Fortunately, this problem of the new millennium was solved simply through the introduction of adblockers. These addons would prevent any and all ads from being displayed, which was a huge hit to the online advertising industry. In turn, this led to much stricter regulation on what sort of ads could be placed online, as pop-ups were phased out. This eventually created the modern system, where well-regulated ads mean adblockers are no longer any sort of necessity.

A big problem in the early days, browser addons like toolbars are still an issue that persists to this day. These essentially hang on under a browser’s URL field, adding functions and ‘helpful’ systems that in reality are anything but. If you’ve ever used your parent’s computer only to see a third of the browser screen taken up by bonus toolbars, then you know what we’re talking about.

While general malware scans can provide the retroactive solution and remove harmful addons, the best approach today is essentially the same as it’s always been – to focus on prevention. The most common way that these add-ons arrive is through optional additions for programs downloaded onto a computer. As people tend to click through installations rather than pay attention to the specifics, or simply don’t know any better, unrelated add-ons to downloaded programs can find their way onto users’ machines.

READ MORE  How To Use Salesforce for Donor Tracking

By taking the installation process of each program one step at a time and deselecting the additions you don’t need, this problem can be avoided. Just remember to always click customize or advanced install, as add-ons often hide in these sections.

As far as security systems on the internet have come, it doesn’t appear that threats are going anywhere. With this constant tug-of-war between security forces and bad actors, we can at least rest assured that it’s easier than ever to stay safe. Simple stay aware, be careful with what you install and run regular scans, and you’ll be more than ready to face what the online landscape has to offer. The only question is whether or not your parents can do the same.